"Sarah Sands has written about stillness with an eloquence that fizzes with vitality and wit."

Celebrating the best of British writing, The Beaumont is launching a digital version of our previous sold-out literary evenings, gathering together the world's best and brightest non-fiction writers to read from their latest work.

The series continues on Tuesday 20 April with a reading of The Interior Silence: 10 Lessons from Monastic Life (Short Books) and a live Q&A with the book's best-selling author and journalist
Sarah Sands.

"This book shows that tranquillity of spirit is worth searching for."- John Humphrys

Register for Your Complimentary Place Now 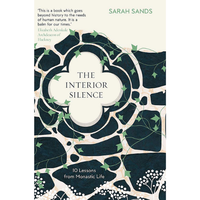 Suffering from information overload, unable to sleep, Sarah Sands, former producer of the BBC's Today Programme, has tried many different strategies to de-stress… only to reject them because, as she says, all too often they threaten to become an exercise in self-absorption.

Inspired by the ruins of an ancient Cistercian abbey at the bottom of her Norfolk garden, she begins to research the lives of the monks who once resided there, and realises how much we may have to learn from monasticism. Renouncing the world, monks and nuns have acquired a hidden knowledge of how to live: they labour, they learn and they acquire 'the interior silence'. This book is a quest for that hidden knowledge - a pilgrimage to ten monasteries round the world.

From a Coptic desert community in Egypt to a retreat in the Japanese mountains, we follow Sands as she identifies the common characteristics of monastic life and the wisdoms to be learned from them; and as she discovers, behind the cloistered walls, a clarity of mind and an unexpected capacity for solitude which enable her, after years of insomnia, to experience that elusive, dreamless sleep.

The book is available from our favourite Mayfair bookseller, Heywood Hill. 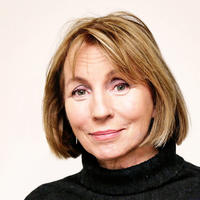 A former editor of the London Evening Standard, an iconic London brand, Sarah Sands was editor of the Today Programme on BBC Radio 4 from 2017 to September 2020. The Today programme is the highest-rated programme on Radio 4 and has been voted the most influential news programme in Britain in setting the political agenda. Sands lives in Norfolk.