"The real-life story of the organisation solving crimes that the authorities can’t."

Celebrating the best of British writing, The Beaumont is launching a digital version of our previous sold-out literary evenings, gathering together the world's best and brightest non-fiction writers to read from their latest work.

The series continues on Wednesday 9 June with a reading of We Are Bellingcat: An Intelligence Agency for the People (Bloomsbury) and a Q&A with the book's celebrated author Eliot Higgins.

Eliot Higgins is the founder of Bellingcat, an investigative website which in its short life has broken scoop after scoop - including unmasking one of the alleged perpetrators of the Novichok attack in Salisbury. But how had a collective of self-taught internet sleuths identified a Russian hit team? Was that even plausible? Where had they come from?

Now, with the drama and detail of a crime novel, We Are Bellingcat tells the entire story, the new reality of online open source investigation, and what it means for the future of democracy in a fractured world.

Register for Your Complimentary Place Now 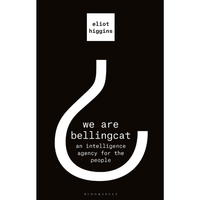 We Are Bellingcat reveals how Higgins and his team of investigators showed the world who was behind the downing of Malaysia Airlines Flight 17. It tells how they discovered that chemical weapon attacks keep occurring again and again in Syria. It digs deep into the story behind Saudi-coalition airstrikes in Yemen, and how Bellingcat has picked apart global Russian spy networks, exposing a world of assassinations and attempted coups.

"In a world of disrupters, Eliot Higgins and Bellingcat have turned the world of intelligence gathering on its head." - Bill Browder, bestselling author of Red Notice

The book is available from our favourite Mayfair bookseller, Heywood Hill. 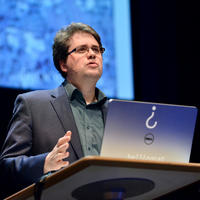 Eliot Higgins started his work in online open source investigation as a hobby on his first blog 'The Brown Moses Blog', named after a Frank Zappa song. His work on the UK phone hacking scandal and examining videos from the conflict in Syria led to increasing recognition among the journalist and human rights communities. His first major stories included identifying the use of so-called 'barrel bombs' by the Syrian military, and the smuggling of weapons to the Syrian opposition, with The Telegraph describing him as 'the blogger who tracks Syrian rockets from his sofa.'

Higgins launched Bellingcat in 2014, and it has since grown into a team of volunteer investigators, as well as a broader community of investigators and supporters across the world, attracting funding from a range of organisations including the Open Society Foundations and National Endowment for Democracy. Bellingcat has won The Hanns Joachim Friedrichs Prize in 2015, the European Press Prize for Innovation in 2017, the Ars Electronica Prize for Digital Communities in 2018, the European Press Prize for Investigation in 2019, the London Press Club award for Digital Journalism in 2019.